Shelby and Damien planned their elopement just right to get the maximum beautiful foliage. They planned a trip to Salem, and Shelby picked a lovely spot down a magical and winding path in the Salem woods. I got to know Shelby a little as we were walking through the woods, she had on some beautiful silver wrapped jewelry that she made herself. When I asked what style of photos she wanted when we were making plans, she sent me a link to these colorful autumn photos with pumpkins carved with the wedding date. They brought their own carved pumpkins, along with some tiny pumpkins to add a little Halloween flair. Once they were set up, Damien bravely made his way through the woods to meet the officiant and show him the way!

They had a short but meaningful ceremony. They talked about how they’ve helped each other through some hard times, and how much they both truly appreciate each other’s support. I felt like I was photographing Goth Faerie royalty in their natural habitat! I’m proud of how I was able to use the environment to create spaces around them, for example making a tree arch above them, or having the sun behind them create a golden halo. There were also lots of little streams that added some sparkle to the background. I’m really happy they asked me to be their wedding photographer, I had so much fun photographing them and getting to know them! 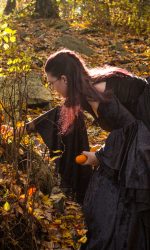 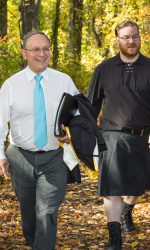 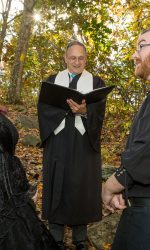 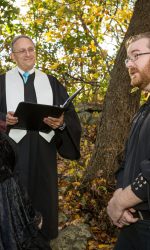 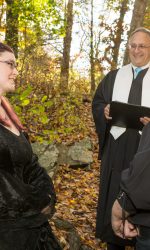 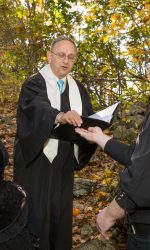 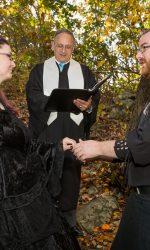 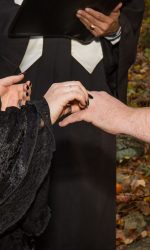 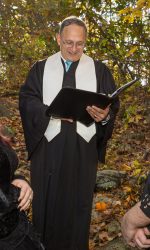 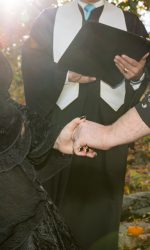 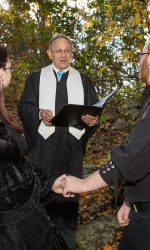 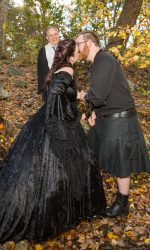 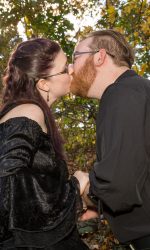 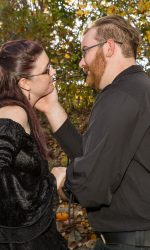 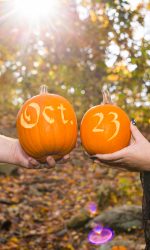 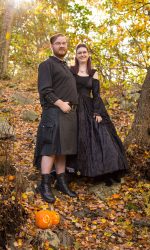 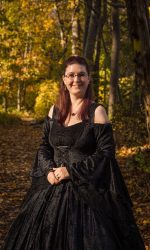 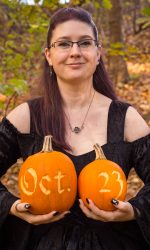 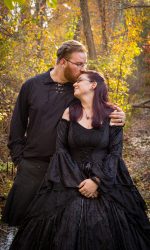 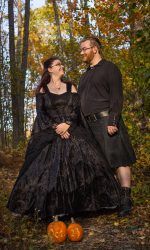 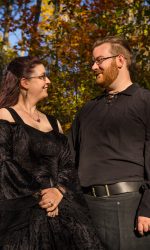 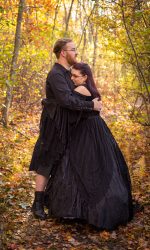 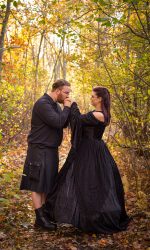 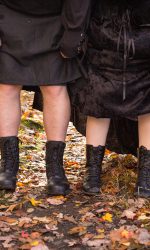 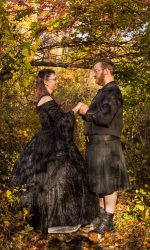 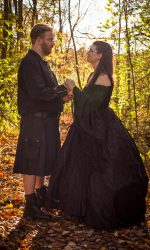 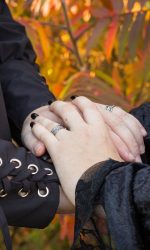