Rachel is an acquaintance of my mom, they connected through the non-profit community. I was excited when Rachel reached out to me for engagement photos, and then later on for wedding photography. I had a great meeting with Rachel and Janelle before the shoot, it quickly became clear that we had a lot in common. Rachel is Pagan, which is an Earth-centered spiritual practice, and Janelle is Unitarian Universalist, and I grew up practicing both faiths! Both practices focus on acting with compassion and working to better the world, both for the environment and for social justice. We also all like the muppets, and we had fun making silly muppet faces as an ice breaker!

They asked to do the photo shoot by Jamaica Pond, which is in their neighborhood. We took some photos by the boathouse before wandering off to find some nice trees. It was early enough in the fall that there was an abundance of flowers and plants, as well as some fiery trees. Rachel and Janelle also brought their rainbow umbrella, which I love! After walking around the pond, we explored the garden by the Loring Greenough Historical House, which was really magical. It was really great playing around and building a connection with Rachel and Janelle before shooting their wedding in May. 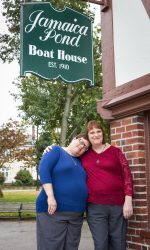 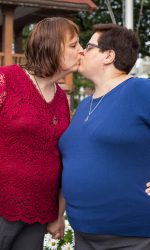 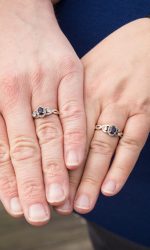 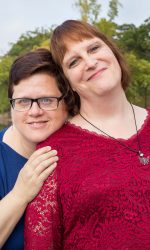 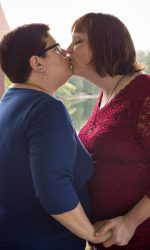 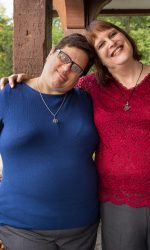 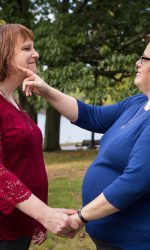 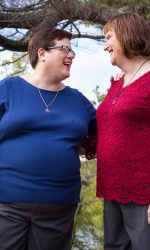 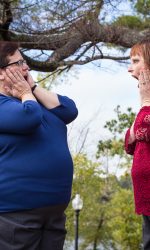 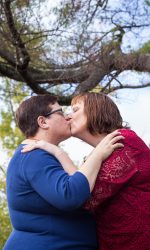 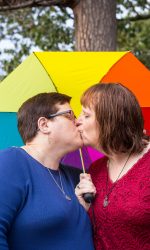 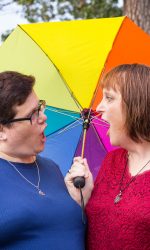 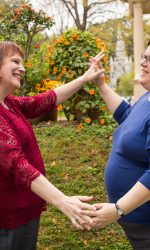 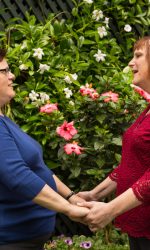 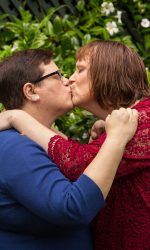 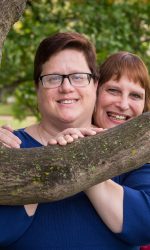 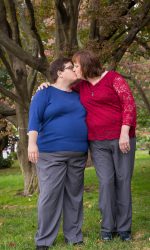 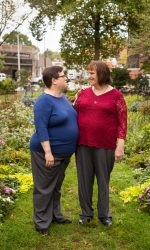 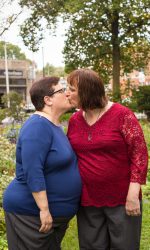 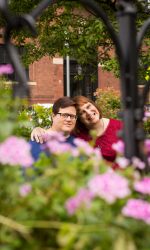 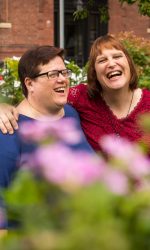 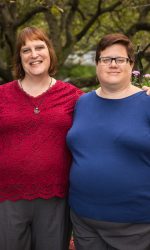 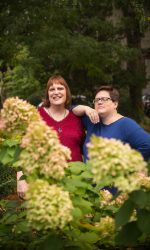 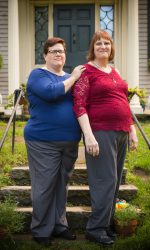 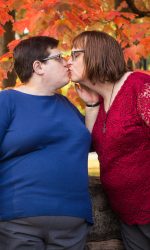 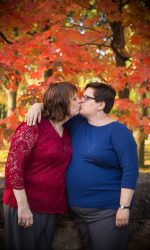